Spring or Winter – “Smarter” windows will keep your family comfortable all year long. 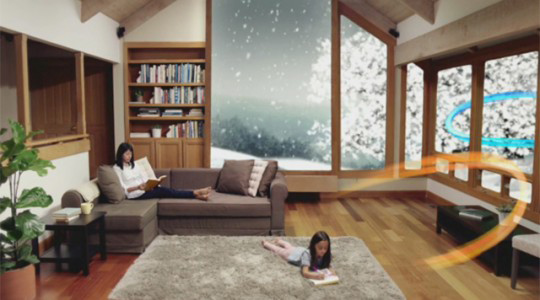 According to the calendar, spring officially began on March 21st, however our weather system doesn’t seem to agree… or should I say it can’t make up its mind. One day it is almost 70 degrees; the next day it is 40 degrees. Weather systems that fluctuate like this make for a perfect introduction to 3M’s latest proprietary window film, 3M™ Thinsulate™ 75 (3M Thinsulate Window Film Climate Control 75).

According to the U.S. Department of Energy, 30% of all energy used to heat and cool homes is lost through the windows.

Thank you 3M – another great innovation.